As you may know, at the same time WikiSym 2010 was taking place in the beautiful city of Gdańsk (Poland), last July, the WikiSym 2010 Proceedings were made available in the ACM Digital Library.

We want to encourage open access to research information, so like in prior years we have uploaded all papers and submissions presented at WikiSym 2010 to the WikiSym 2010 wiki. They are accessible on the Proceedings page, as a ZIP file with the whole collection. Alternatively, you can find and download any individual submission from the list.

We hope this effort will help to disseminate the valuable research contributions presented at WikiSym. At the same time,  we aim to leverage global awareness about the need to support the widespread circulation of research works and findings in Computer Science. 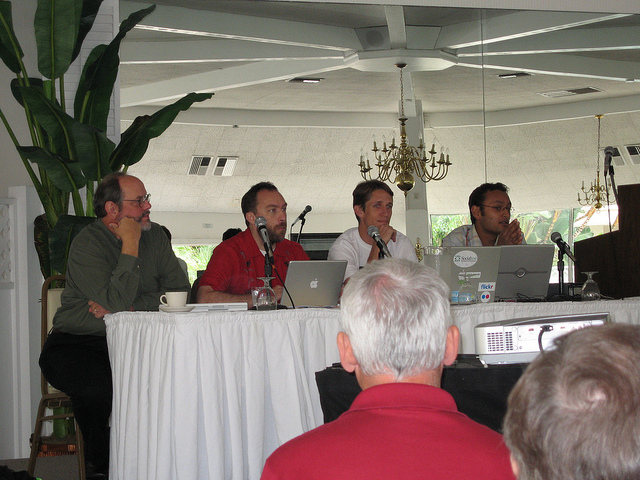 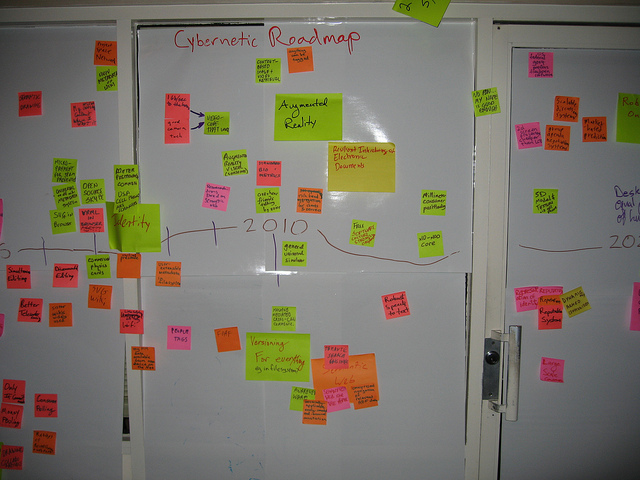 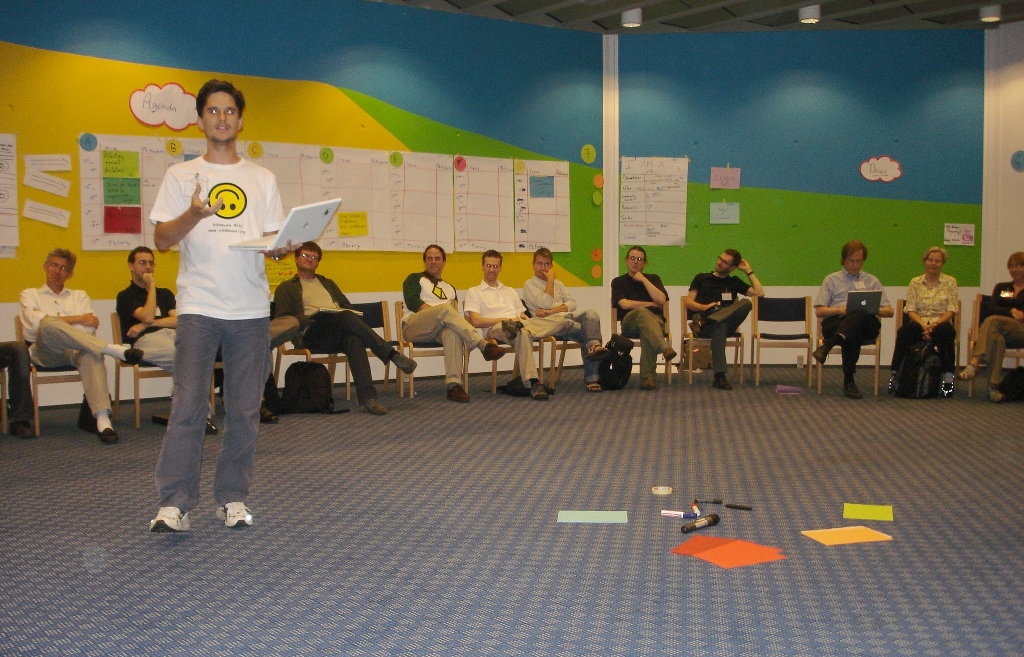 As you might expect, content for WikiSym 2010 is maintained on our wiki, please check it for an overview of the program, for updates and to participate in planning and suggestions for open space.

In the meantime, in case you haven’t read it already, here’s our Invited+speakers

“The Machine in the Ghost: a Socio-Technical Systems Approach to User-Generated Content Research”

Both practice and research in user-generated content has entered a period of rapid growth. Fields like Computer Science, Information Science, Communication, Sociology, Psychology and Business have all been addressing the big questions of this type of distributed collaboration, often working in their disciplines unaware of the work done in others. The social scientists tend to look at participation in these sites from the perspective of traditional social theories, and underplay the importance of technical features by dismissing it as “technological determinism”. Engineers and computer scientists tend to build new systems and explain current ones without the benefits of theories that create a persistent epistemology across studies or systems. I’ll argue for a new approach to understanding these systems, combining the strengths of social and technical approaches to create a new epistemology of socio-technical systems.

Cliff Lampe is an Assistant Professor in the Department of Telecommunication, Information Studies and Media at Michigan State University. He received his PhD in 2006 from the University of Michigan’s School of Information.

Cliff’s research involves the intersection of social and technical systems. This has included studies of moderation and new user socialization in Slashdot, user lifecycles in Everything2.com, and the role of motivation in increasing user participation in other sites. Additionally, he has studied how Facebook can increase the generation
of social capital in college aged populations, and the role of social network sites in organizational contexts. Cliff’s work has been funded by the National Science Foundation, USDA, Great Lakes Protection Fund, Bill and Melinda Gates Foundation, State of Michigan and Kellogg Foundation. He is the recipient of the 2010 MSU Teacher-Scholar Award.

Following on his book “The Wikipedia Revolution: How a bunch of nobodies created the world’s greatest encyclopedia,” Andrew Lih describes how Wikipedia’s success in creating peer-produced knowledge has influenced the news industry and models of contemporary journalism.

With today’s networked news audience involved with distributed data gathering, records processing, and field reporting via mobile devices, Lih provides a model for understanding the new collaborative ecosystem that has developed around information creation and curation.

Wikipedia has inspired many other projects from geographical mapping (Openstreetmaps) to fictional narratives (Lostpedia), while some of its most valuable community practices go relatively unnoticed. Its editing community, steeped in a culture of enforcing accurate citations and reliable sources, provides a model for real-time fact checking of news stories, a task too often neglected by mainstream media outlets. We examine how a Wikifactcheck project might further this idea.

Finally, we take an honest look at the challenges for Wikipedia’s future. Recent statistics show declining participation in editing and slower article production across the major Wikipedia language editions. With so little experience in studying socio-technical systems in creating persistent content, what major questions should researchers be asking? What are the “grand challenges” facing the project and possible scenarios for the future?

Andrew Lih is a new media researcher, consultant and technology author. He is an associate professor of journalism and director of new media at the University of Southern California Annenberg School of Communication and Journalism. He is also the author of The Wikipedia Revolution, a book that examines the early history of Wikipedia’s development. Lih is a long-time Wikipedia participant and commentator, and was one of the first academics to incorporate Wikipedia editing into the classroom.

From 1995 to 2000, Lih created the new media program at the Columbia University’s Graduate School of Journalism where he served as adjunct professor and director of technology for their Center for New Media. Lih has written about internet development in China, new media and journalism, and collaborative technologies for publications including The New York Times, The Wall Street Journal, and CNN International.

We announced the WikiSym program, please check it out!

Now in its sixth year, WikiSym, the International Symposium on Wikis and Open Collaboration, reliably draws together many of the diverse crowds that comprise the Wiki ecosystem. Its location alternates between North America and Europe; this year’s WikiSym is in the Polish city of Gdańsk, situated on the southern edge of the Baltic Sea.

WikiSym is the only international conference that focuses exclusively on wikis and open collaboration. WikiSym’s core audience has always been academics, but the Symposium’s reach extends to all groups using and interested in wikis, including consulting firms, corporate managers responsible for deployments, and not-for-profits. Presentations at WikiSym include research into community dynamics of wikis and online collaborative projects, demos  of wiki technologies, in-depth workshops, and discussions about the future of wikis. WikiSym is very inclusive and vendor-neutral, and has become an fertile venue for insight and opportunity:

For me, the hallmarks of a good conference are the insights I take away, great networking contacts, and knowing relevant next steps on which I can take immediate action. In WikiSym’s Open Space sessions, participants are systematically encouraged to reflect on and distill their conference hallway conversations, this brings partial ideas to fruition.

The WikiSym community is a major draw in itself. We are a friendly, intelligent crowd who often only sees each other at the annual WikiSyms, even though some of us continuously collaborate online on specific projects. Many open-source projects use WikiSym as a natural venue to bring together their teams.

WikiSym is an ACM-sponsored conference and has frequently co-located with OOPSLA (the Object Oriented Computing Science Research conference). This year, however, we partner with Wikimania, the International Conference of the Wikimedia Foundation, which attracts Wikimedia and Wikipedia contributors and leaders from around the world. So, if you’ve ever thought about going to either conference, here’s your chance to go to both!

I am pleased to announce that WikiSym 2010: The International Symposium on Wikis and Open Collaboration will be held July 7, 8 and 9, 2010 in Gdańsk, Poland. The conference will be co-located with Wikimania 2010, the sixth annual Wikimedia Foundation conference, which will be held on July 9, 10, and 11 in Gdańsk.

WikiSym welcomes papers about any aspect of wikis, and we are also interested in research that investigates open collaboration projects and software. Now in its sixth year, WikiSym aims to continue presenting high-quality research into wiki software and processes, while also widening its scope to include research into how open collaboration works. WikiSym also provides a unique venue for wiki practitioners to meet and network along with wiki researchers. And this year, WikiSym will be just before Wikimania, which is a community conference for contributors and community members of the Wikimedia projects (including Wikipedia). Wikimania provides an intensive, international venue for discussing the hands-on aspects of how the world’s largest wikis work, and is hosted this year by members of the Polish Wikimedia community.

Our formal Call for Papers and more information about the venue, registration etc. will be released soon. Stay tuned!