Adam Blum of Open Ed, will be presenting the following keynote at OpenSym 2016: 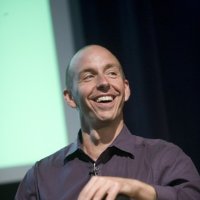