We are extremely excited to present our OpenSym 2019 keynote speakers:

The title for the keynote is “Healthy open collaboration in and beyond the software domain”.

Bio
Allison is a computer scientist and open source strategist. She is a board member at the OpenStack Foundation and co-founder of the FLOSS Foundations group for open source leaders. At various points in the past she has served as president of the Open Source Initiative, president of the Perl Foundation, board member of the Python Software Foundation, chairman of the Parrot Foundation, chief architect of the Parrot virtual machine, Open Source Evangelist at O’Reilly Media, conference chair of OSCON, Technical Architect of Ubuntu, Open Source Advisor at Canonical, Distinguished Technologist and Open Source Strategist at Hewlett Packard Enterprise, and Distinguished Engineer at SUSE. She collaborates in the Debian and OpenStack projects, and is currently taking a mid-career research sabbatical at the University of Cambridge.

The title for the keynote is “Designing a licence for open collaboration: insights from development and use of the CERN Open Hardware Licence”

Abstract
The preamble to the CERN OHL says: “CERN has developed this licence to promote collaboration among hardware designers and to provide a legal tool which supports the freedom to use, study, modify, share and distribute hardware designs and products based on those designs”.

CERN has now released version 2 of the OHL, a radical re-write of the previous version, but the aims and spirit of the licence remain the same. Andrew’s talk will explore how we have attempted to respond to the needs of the open hardware community, while balancing the interests of different stakeholders and responding to the needs of its users. This involved a reconsideration of the meaning of licence reciprocity (copyleft) in hardware, and how to keep the licence simple while at the same time enabling it to cover as broad a range of hardware as possible, and even covering software.

Andrew will give examples of successful projects which have deployed CERN OHL, and what we have learned from them.

Bio
Andrew Katz is a British and Irish lawyer and CEO of Moorcrofts LLP, a boutique corporate and technology law firm in Britain’s Thames Valley, where he heads the technology department.

Prior to his legal career, Andrew Katz was a software developer and has released software under the GPL. At Moorcrofts, he advises individuals, corporations, foundations and public sector organisations on the law concerning free and open source software and is increasingly becoming involved with open hardware and open content. He is a visiting researcher at the University of Skövde, Sweden and a founder editor of the Free and Open Source Software Law Review. He has drafted the Solderpad Open Hardware licence, and he also sits on the core drafting team of the CERN Open Hardware Licence. 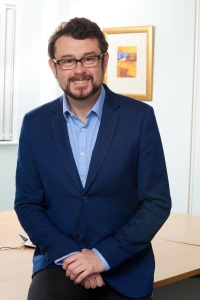 Title and abstract for the keynote is “Open data in research on humans – promises and challenges”.

Abstract
Systematic replication attempts in medicine, psychology, and economics have shown that many research findings cannot be directly replicated in new experiments. Even in the same dataset, analytical reproducibility can be limited. In this talk, I will review some of the empirical findings in reproducibility research and their implications, and point to methods for reducing bias and increasing transparency, with a particular emphasis on data sharing. I will discuss data formats and repositories, as well as barriers and incentives, with examples from current research. Finally, I will discuss some aspects of how the data life cycle relates to theory of knowledge.

Bio
My research in neuroscience concerns mainly sleep and diurnal rhythms, and communication between the brain and immune systems. Using magnetic resonance imaging and large-scale analysis of open data, among other methods, I investigate effects of sleep deprivation, effects of time of day, and other questions. My research in meta-science concerns reproducibility and openness in science. I am also a data domain specialist at Karolinska Institutet within the Swedish National Data Service consortium, representing the domain of medical research. 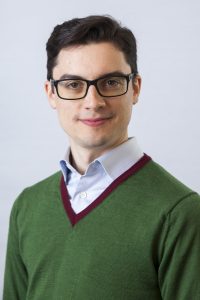 This page is being updated…